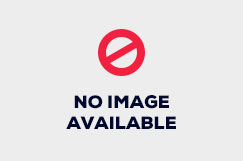 Synopsis
The former child under state care nicknamed Beethoven works at the department of mental illnesses of a town hospital, later becomes a factory worker. He has a unique musical talent, he is very sensitive and autonomous, who, lacking on family background, education and financial existence searches for the possibility and forms of self-expression, wholesome human life and sustaining relationships in an instinctive way. Despite his empathic abilities a series of failures happen to him at his workplaces, in his friendships and marriage. The story played by amateur players ends when András, living already alone and finding fun in his hobbies is called up.